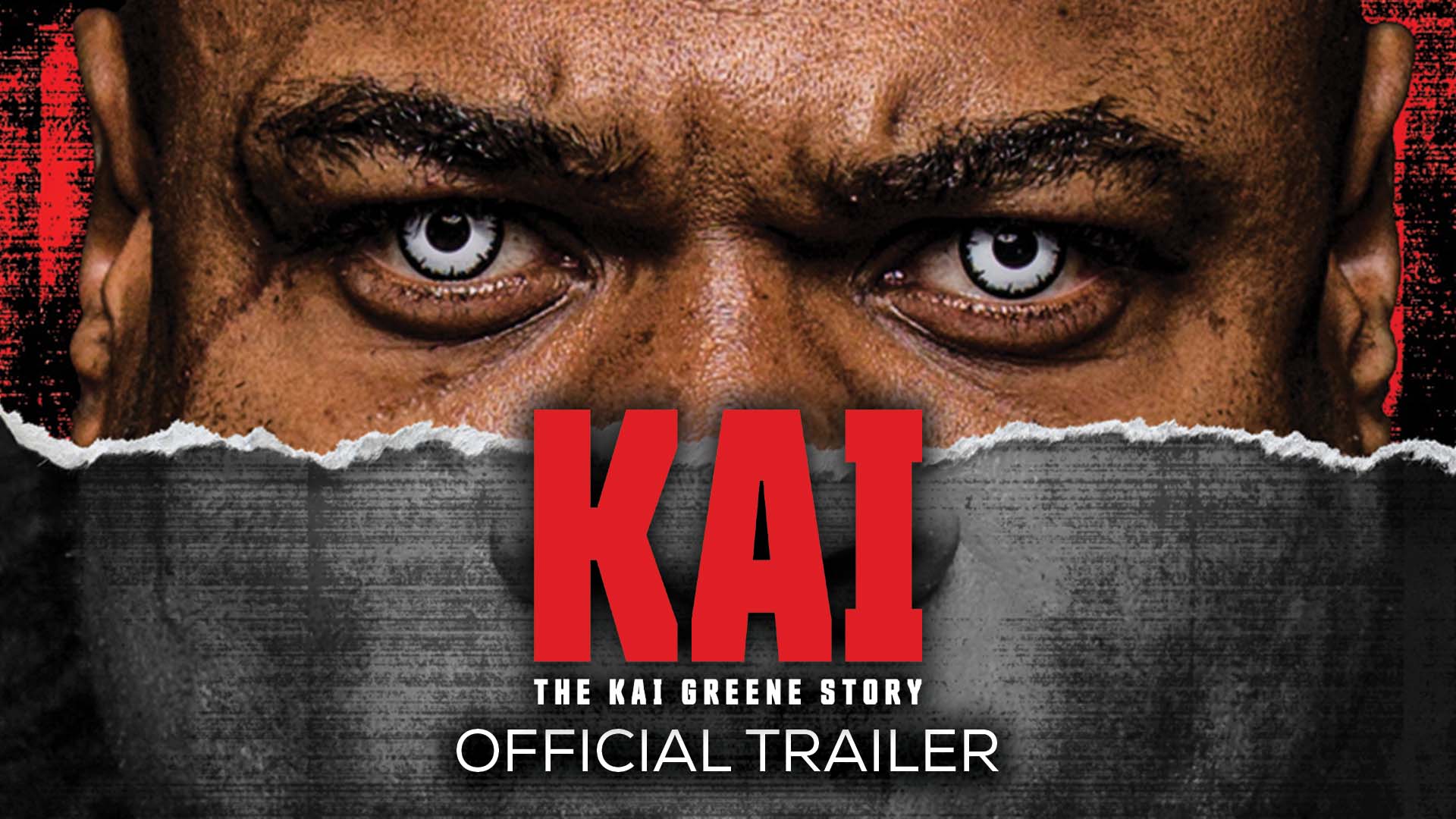 Bodybuilder Kai Greene reflects on the “revealing” truth about his past in the new official trailer for Kai. Available August 26.

Generation Iron Network has released a brand new official trailer for Kai. In the new promo, we see deeper glimpses into the mysterious childhood that would help shape Greene into the legend that he is today. Kai will be available on August 26, 2022 on all digital platforms. Click here to order your digital copy!

Kai Greene is arguably one of the most complex bodybuilding legends in the history of the sport. Not only did he have a unique personality that literally shined on the stage (in the form of his unique posing routines), he also had a mysterious past that was never directly addressed in public. Instead, Greene would use art to express his reflections of the past. Art via sculpting his own physique, or through his posing routines, or through his paintings and later comic books, or through a live experimental stage play.

Kai Greene is a bodybuilding powerhouse, wrapped in an enigma, wrapped in an artist. It’s not surprising that this combination made him one of the most memorable athletes in the sport’s history. Now for the first time ever – fans will get to understand the truth behind the mind of this mysterious legendary bodybuilder.

Kai promises to be an all-encompassing deep dive into the life story of Kai Greene. Not only will the film chronicle his entire bodybuilding career, including his entertaining and bitter rivalry with Phil Heath, but it will also explore Greene’s childhood and struggles before bodybuilding. The film promises to be the most direct reflection on the past, present, and future of Kai Greene than ever before seen.

That fact becomes all the more clearer with the release of the latest Kai trailer. Kai Greene was interviewed for over 20 hours over the course of production – peeling down and exploring the ultimate truth behind the legend that is Kai Greene. You can watch the new trailer below.

Kai Greene is one of the biggest modern day legends in bodybuilding both on and off the stage. He’s an athlete, an artist, an actor, and an entrepreneur. But his journey to greatness first started in childhood – when he chose bodybuilding as a form of survival.  Growing up in Brooklyn without parents and later locked up in a juvenile correctional facility, bodybuilding became Kai’s source of hope that eventually took him to stardom.

Later in life Kai became one of the most recognizable faces in the fitness industry, praised by Arnold Schwarzenegger himself. His talent was only matched by one singular opponent, his rival and Mr. Olympia champion Phil Heath.

Now witness Kai Greene’s story of survival and climb to success in the first ever all-access documentary chronicling his life and career into the sport of bodybuilding and beyond.

Kai will be available on all major digital platforms on August 26, 2022. It’s also available for pre-order today. You can reserve your digital copy now right here.

This error message is only visible to WordPress admins