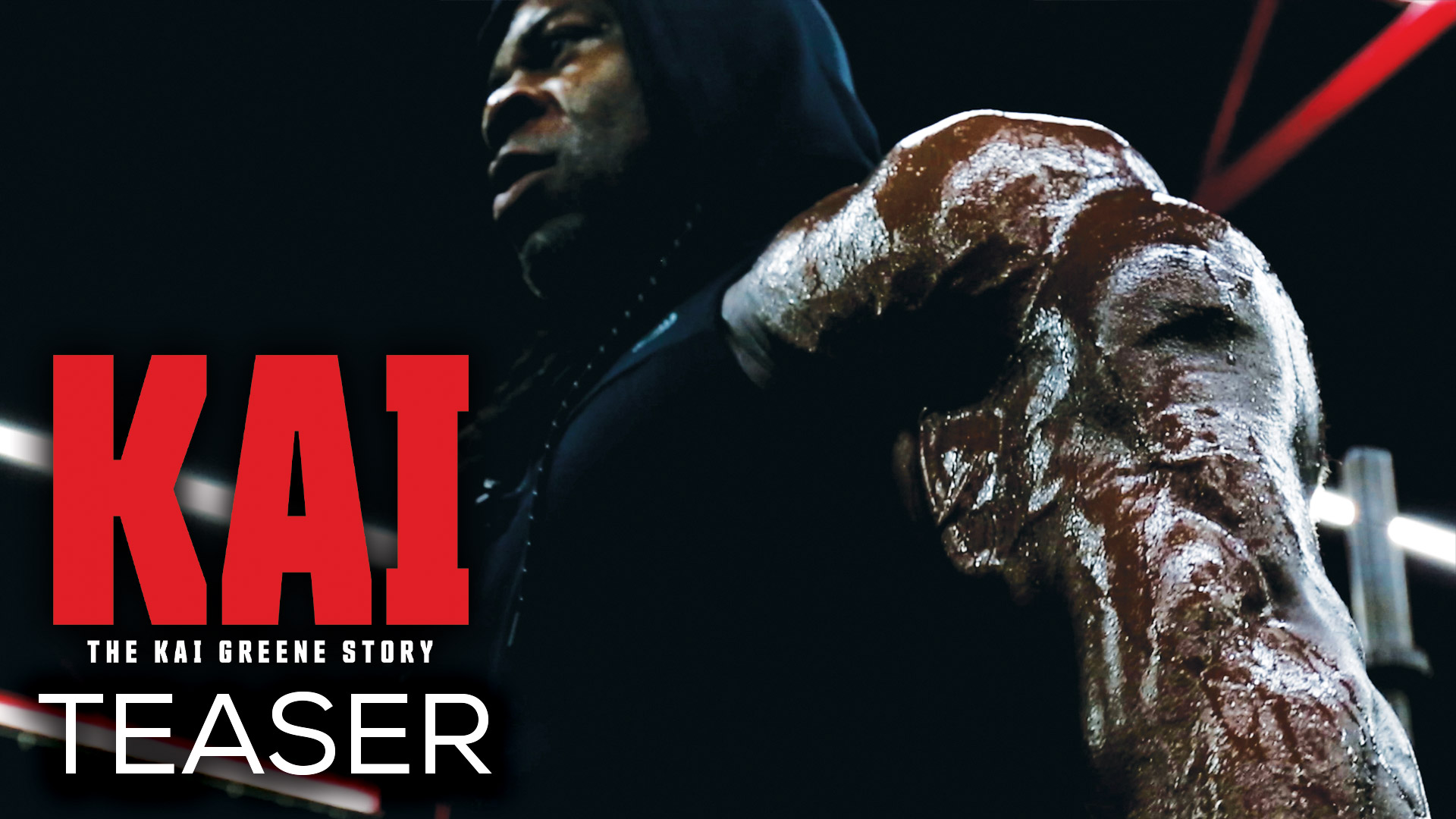 Generation Iron Network has released the first official teaser trailer for Kai – the life story biopic about legendary bodybuilder Kai Greene. While there is no release date yet for the documentary – the film is set to release later this summer. You can watch the teaser trailer here:

Kai Greene is one of the most iconic and enigmatic pro bodybuilders of the modern era. Though he has been retired for many years now, his persona and presence still looms large over the industry. His popularity is so large that each year he is rumored to return and compete in the Mr. Olympia competition. Many believe he would still be able to win despite being gone from the stage for over five years. Though this has never materialized.

Kai is the first authorized biopic of Kai Greene’s life story. Generation Iron were given unprecedented access to Kai and his archived records from his pro bodybuilding career and his childhood. Narrated directly by Kai himself – the film will provide the most direct look into his mind, life, and evolution to success throughout the years.

Kai Greene is typically known for his cryptic way of speaking – particularly when it comes to his past and his thoughts on key controversial moments in his life. Kai aims to be the definitive revealing chronicle of the real Kai Greene. Behind the cryptic dialogue, behind muscle, and into the true story of The People’s Champion.

Kai Greene is one of the biggest modern day legends in bodybuilding both on and off the stage. He’s an athlete, an artist, an actor, and an entrepreneur. But his journey to greatness first started in childhood – when he chose bodybuilding as a form of survival.  Growing up in Brooklyn without parents and later locked up in a juvenile correctional facility, bodybuilding became Kai’s source of hope that eventually took him to stardom.

Later in life Kai became one of the most recognizable faces in the fitness industry, praised by Arnold Schwarzenegger himself. His talent was only matched by one singular opponent, his rival and Mr. Olympia champion Phil Heath.

Now witness Kai Greene’s story of survival and climb to success in the first ever all-access documentary chronicling his life and career into the sport of bodybuilding and beyond.

In addition to being produced by The Vladar Company and Generation Iron Network – producer Matt Maxson is also attached to the Kai Greene documentary – who is best known for producing The Last Dance.

Emmy nominated Producer Matt Maxson’s The Last Dance starring Michael Jordan took the world by storm in 2020 – becoming one of the most talked about TV events of the year on ESPN and Netflix. He now took his producing talents to the world of bodybuilding and fitness with his involvement in the Kai documentary feature.

Matt Maxon’s other producing credits include Andre The Giant and The Circus: Inside The Greatest Political Show On Earth. Before producing, he spent five years working in production at HBO Sports where he worked on the network’s documentary series 24/7 which garnered 18 Emmy Awards.

The Last Dance received critical acclaim, with praise for its directing and editing. It won the Primetime Emmy Award for Outstanding Documentary or Nonfiction Series at the 72nd Primetime Emmy Awards. On review aggregator Rotten Tomatoes, the series holds an approval rating of 96% based on 53 reviews. The documentary series provided the most in-depth look at Michael Jordan’s career with the Chicago Bulls where he played alongside other legendary players such as Scottie Pippen, Dennis Rodman, and coach Phil Jackson.