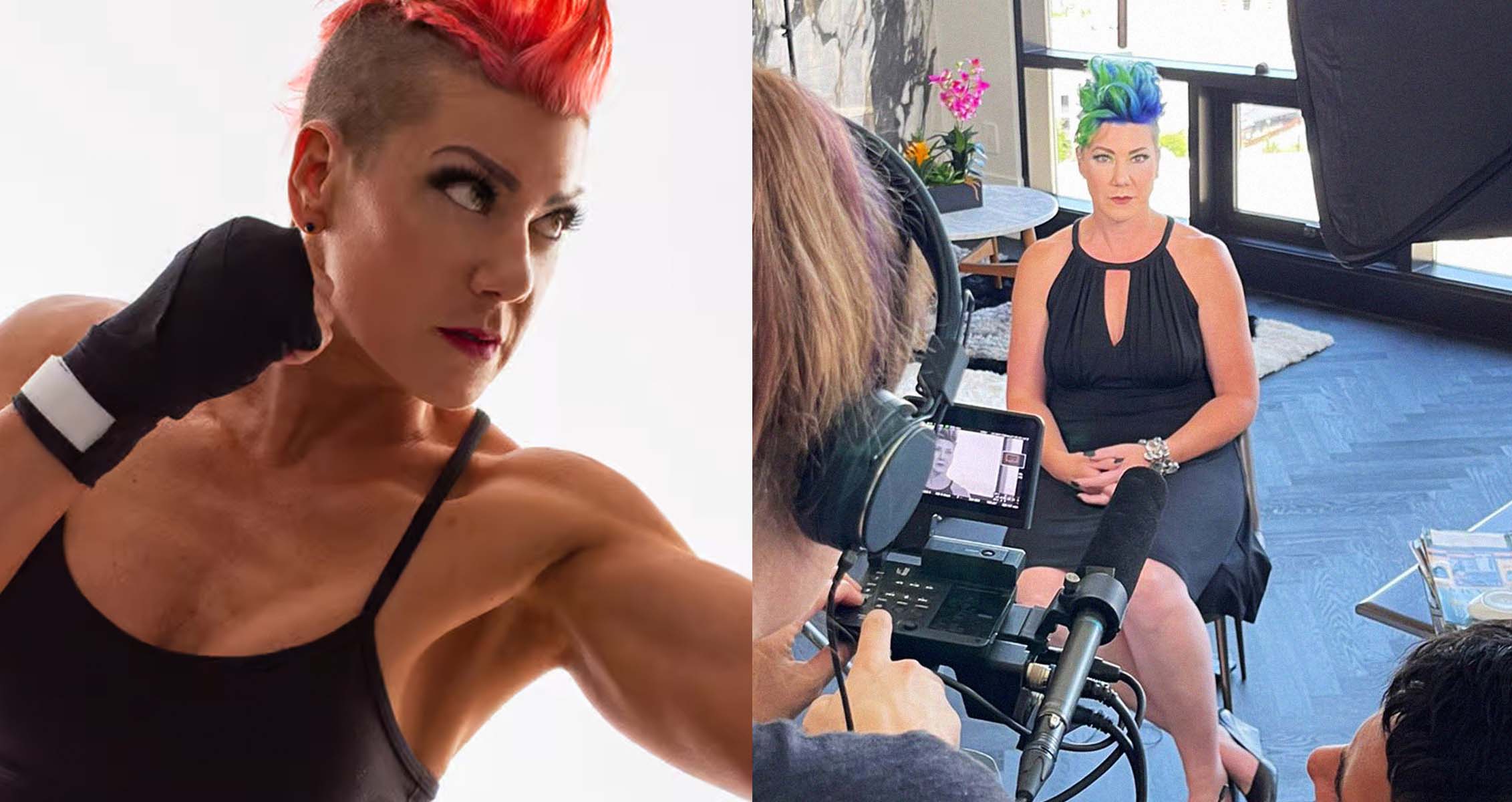 The documentary will feature the life story of retired boxer and celebrity trainer Cristy “Code Red” Nickel and her physique transformation as she returns to competitive bodybuilding at age 46.

Generation Iron Network has officially announced that production is underway on a new sports documentary feature film. Titled Cristy Code Red, the documentary chronicles the “rags to riches” life story and physical transformation of Cristy “Code Red” Nickel, retired professional boxer, author and celebrity nutritionist, who took on the diet industry by developing a nutrition plan that enables people to lose 10% of their body weight every month without shakes, diet pills, diet foods, or exercise.

Her militant approach to diet and lifestyle has grown her company into one of the biggest body transformation programs in the United States, with hundreds of thousands of people all over the world now introduced to the Code Red Lifestyle™.

After years of being a successful transformation coach, Cristy decided to put her reputation on the line and transform her own body for a return to competitive bodybuilding at age 46. The film will trace Cristy’s life story from poor farm girl, to living off food stamps, to millionaire with a thriving company, as well as follow her comeback as she prepares for an NPC Figure division competition in spring of 2022.

While training for her bodybuilding return, running her company, and coaching her clients, Cristy is also transforming the physiques of three individuals whose progress will be shown throughout the documentary. The film will analyze the nutrition differences and training needed for bodybuilding vs. general weight loss and health.

“Why am I doing this? Besides the fact that I’m completely nuts? I guess it’s because society tells me that I’m past my prime,” says Cristy.

“Society tells me that I’m too far gone to make a comeback. Society tells me that I don’t have what it takes. On paper, it doesn’t look good. I’ve been out of bodybuilding for 20 years. But honey, never underestimate what is in someone’s heart. I’m a force to be reckoned with. You have no idea who you’re dealing with, here, so sit back and watch what I can do.”

Cristy Nickel began her life in the health and fitness industry in 1994. As an amateur bodybuilding competitor, she competed in three National Physique Committee (NPC) competitions in the Figure division. She placed in the top five in each show. During this time, she was also studying exercise science at the University of Memphis.

Her career as a competitive bodybuilder would be short-lived, as Cristy transitioned to professional boxing in 2003. She fought in 15 pro boxing matches across the world and was named one of the “Top 3 Most Dangerous Females on The Planet” by Ring Magazine. This spotlight eventually earned her a coaching role on MTV’s hit series MADE.

After her success as a series regular coach on MTV, Cristy moved to New York City and became a celebrity trainer, providing fitness guidance and expertise to Hollywood celebs, business CEOs, models, and professional athletes. She was awarded “New York’s Best Trainer” by Allure Magazine in 2008.

Cristy Nickel retired from boxing in 2010, and shortly thereafter launched her custom nutrition program, the Code Red Lifestyle, which has reached hundreds of thousands of individuals across the globe. Her number one goal is to help people lose weight and take their life back without gimmicks like diet pills, shakes, diet foods, or even exercise.

Cristy currently lives in Boise, Idaho with her dog, Hazel, where she enjoys running, hiking, mountain biking, snowboarding, and nutrition.

The film officially began production in September 2022 and is currently slated to release in the second half of 2023.