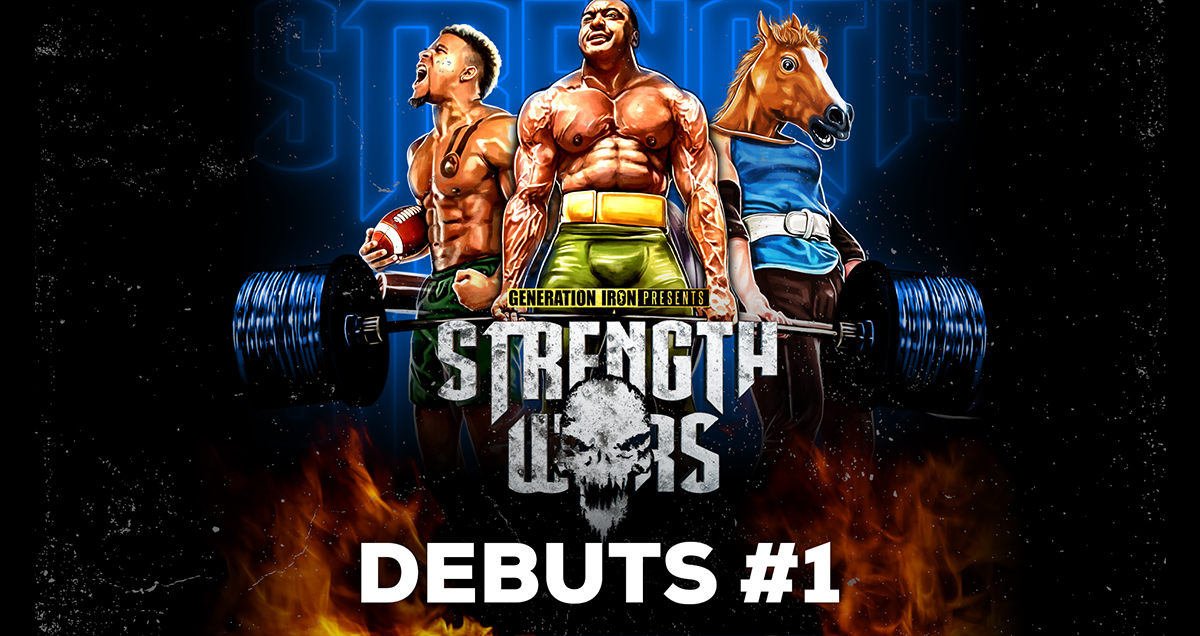 Strength Wars: The Movie is now the number one documentary in the United States

After much hype and wait, Strength Wars: The Movie is finally available worldwide on digital. Based off of the wildly popular digital series, the film features the biggest strength athletes in the world all fighting in a tournament to be claimed strongest on the planet. You can order the film today on digital here. It seems like the wait was worth it, as Strength Wars: The Movie just hit #1 on the iTunes documentary charts in the United States.

Strength Wars: The Movie features eight athletes all battling for the crown of world’s strongest athlete. The battle does not hold back based on athletic discipline. It faces off Strongmen vs bodybuilders vs powerlifters and beyond. Starring Larry Wheels, Blaine Sumner, Terron Beckham, Anabolic Horse, Leonidas, NDO Champ, Big Neechi, and Jerry Pritchett – this is the biggest event in Strength Wars history.

Not only that but it is another big moment for the Generation Iron Network and the bodybuilding industry. The film currently sits at #1 in the iTunes documentary charts for the United States. That makes this film yet another crossover hit for bodybuilding into the mainstream.

Unlike the traditional episodes of Strength Wars, the film follows eight athletes in their home towns and countries. It dives into their lives, backstory, and training as they prepare to compete in the Strength Wars tournament. The tournament itself is a three day event back to back. No rest days. Full elimination challenge.

Athletes old and new come together for a battle that can only be described as intense savagery. Anabolic Horse and Leonidas are veterans of the Strength Wars arena. Whereas popular strength athletes such as Larry Wheels and Blaine Sumner have never competed. Though each of these eight athletes are elite among the strength world – those who have not competed in Strength Wars don’t quite now just how mentally prepared you need to be.

Part lifting competition, part marathon – Strength Wars puts together lifting courses that are meant to be competed as a race. So not only is strength vital but endurance is key. It’s a whole new beast compared to virtually every other strength sport. It’s not for the faint of heart.

Introduced in 2012, Strength Wars pits two muscle and strength athletes from different sports such as Bodybuilding, Powerlifting, Strongman, and Cross Fit against each other, by competing in a collection of strength exercises to determine an ultimate winner. Now in 2020, Strength Wars gets the feature film treatment with the biggest strength tournament in the competition’s history.

Welcome to Strength Wars: The Movie.

Directed by Vlad Yudin (Generation Iron series, The Hurt Business, Dorian Yates The Original Mass Monster) and produced by Edwin Mejia Jr., the film will feature an all-star cast including Larry Wheels, Anabolic Horse, Terron Beckham, Jerry Pritchett, Blaine Sumner, Big Neechi, Leonidas Arkona, and NDO Champ. The film will increase the stakes, transforming the 2v2 battles into an eight person tournament where only one can stand tall as champion. The film will also dive deep into the lives of each competitor across the globe as they train and prepare for the Strength Wars tournament.

In January 2019, the Generation Iron Network announced that it had acquired the Strength Wars brand and planned to bring the competition show to a larger audience. Later that year, they announced that production had begun on a feature film documentary.

Strength Wars: The Movie is available now on digital. You click here to order today.