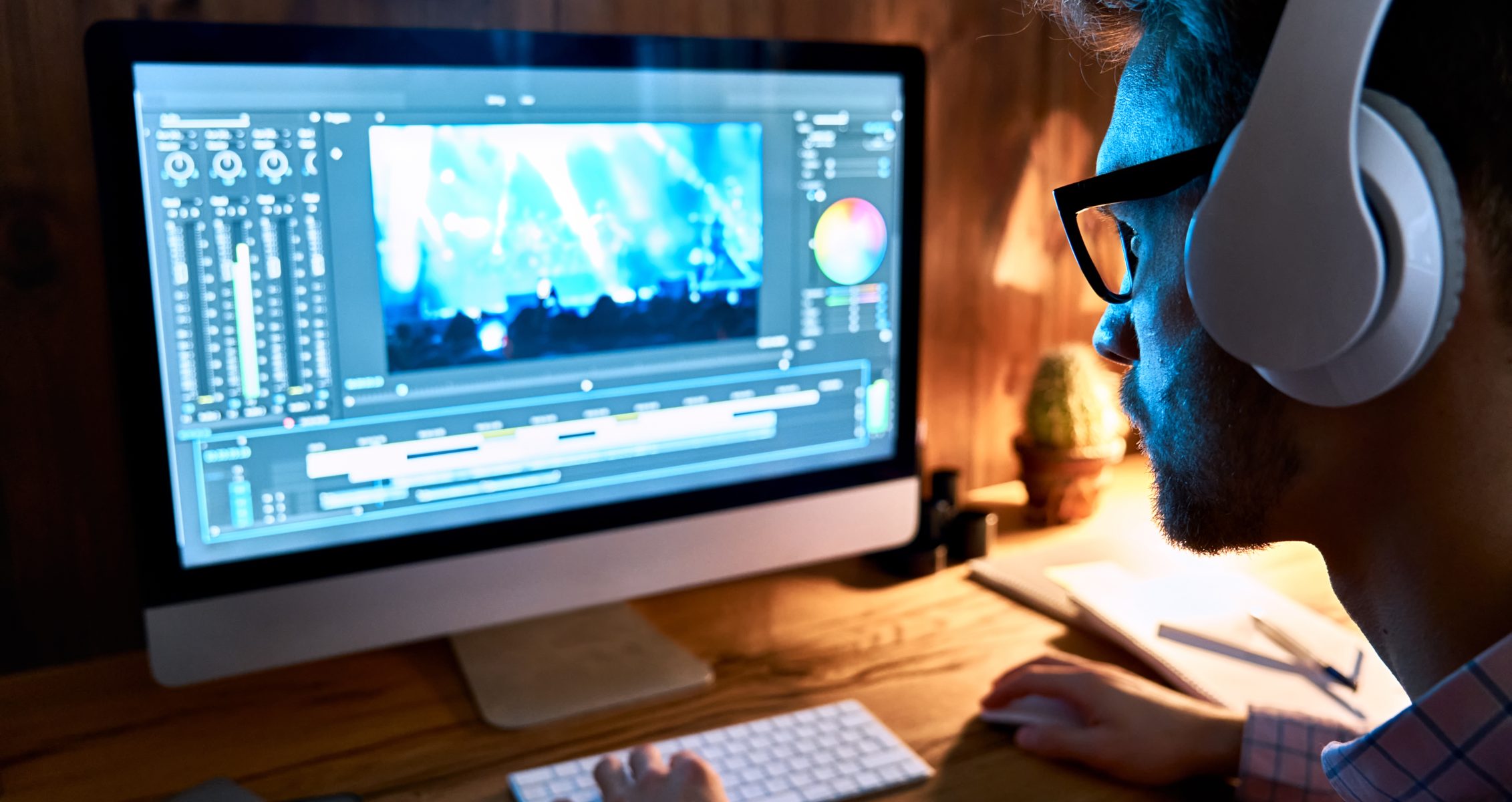 If you are here with us, then you are most likely coming into the last phase of you project and want to know how to maximize post-production work flow. The shoot was long, you spent countless hours trying to film the best product possible, and had to organize so many people in so many places while controlling your time and a budget. But you did it, and you are about to enter the final phase of the three steps to video production.

Considering you want people to be sure to see your video, you’ve already taken the right steps to make an effective viral video, however, the work is not done yet. You still have to enter into the post-production phase which is incredibly important. It may seem easy enough to sit at the computer and edit away, but don’t be fooled, for this will take a lot of time and a lot of hours.

If you plan to edit this out yourself, then you may not need to worry about your video production budget for this phase. But if you need to hire an editor or get someone to do this work for you, that should play into your budget as well. For those who can afford to, looking into a video production company who can possibly help with these needs can be a game changer and maybe alleviate some of the stress put on by this phase.

If you are a beginner, then you’ve already looked into the best video equipment for just starting out and now need to consider the best post-production practices to really make your work shine. By maximizing your post-production work flow, you better set yourself for a great final product and can get as many eyes on this video as possible. 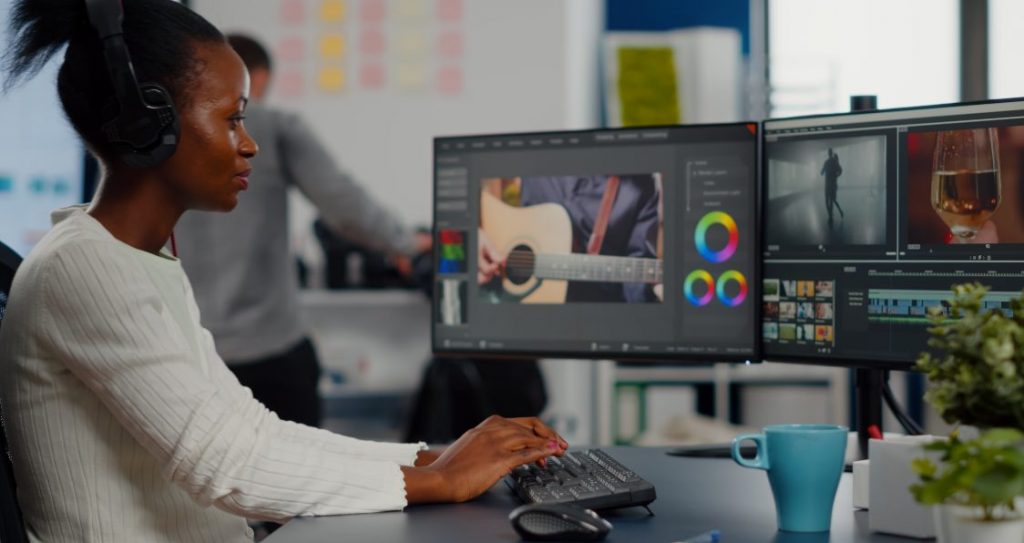 Let’s take a look at how to best maximize post-production work flow so you set yourself up for the right approach to tackle all of those post-production goals. Knowing how best to do so will make this often times challenging phase that much easier.

Organizing your footage is a necessity for this will allow you easy access to pull from the library so you can get to whatever footage you need. Transferring media onto external hard drives and properly logging and naming the footage is an easy way to stay organized. If you are handing this off to someone else to edit, making sure everything is properly labeled makes their life that much easier and allows for smoother collaboration.

With more organization from the start, you already set yourself up for an easier post-production process and take advantage of your post-production work flow with ease. Various things to keep in mind for organizing are scene numbers and takes, an idea of what shots might be included and where, a final script and script notes based on any changes made during filming, and of course, everything labeled clearly and accurately.

Now you get to play around and get a first draft of your video out there. Your rough cut is just how it sounds. It will be rough, unpolished, and need plenty of work, but all you’re trying to do is get an idea of were you want scenes, where you want certain cuts, and an overall organization of the film. Here is where your initial visual and dialogue components come together and form what will be a great final product.

If you are working with an editor, this allows a chance for you to see a rough idea of how they are working and to make changes. Sometimes you remember a scene that may be mislabeled or just accidently left out and that is an easy change to be made. It’s all part of maximizing your post-production work flow. 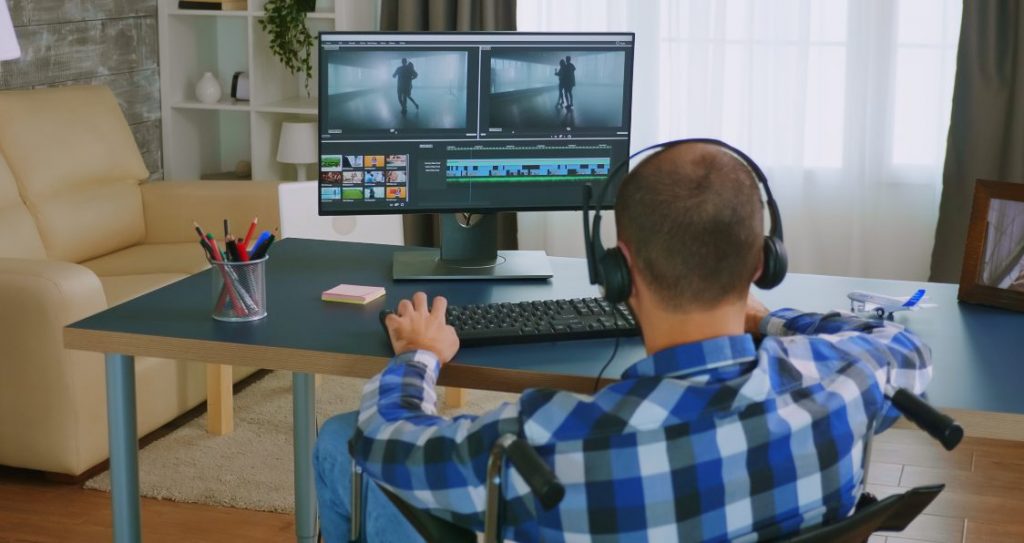 The fun can begin with various effects like music, certain sound effects, animations, or any other elements you want to try and include with your film. Sometimes, if dialogue was not totally clear from the mics on set, something called automatic dialogue replacement (ADR) needs to take place. ADR is when you swap out poor dialogue with better quality sound after its been performed in a studio.

A fine cut is an almost polished draft of the video, which by this point has undergone some real changes and many drafts, where you start to work out certain kinks or glitches that affect the final product. You can show a few people for advice, or approval, and get extra thoughts before you feel ready to submit or get an audience to see it.

Once your video seems like it is ready to go, it’s time to get some of those details ironed out. Your post-production work flow is nearly complete but before you can hit play and enjoy an audience reaction, you need to get an image or poster for the film or video, potentially release a trailer or some sort of teaser to promote the film, and secure the platform you wish to release on. If this is a movie, find a local theatre or submit to festivals. If it is more promotional, maximize your audience on social media and the Internet as best you can.

This error message is only visible to WordPress admins