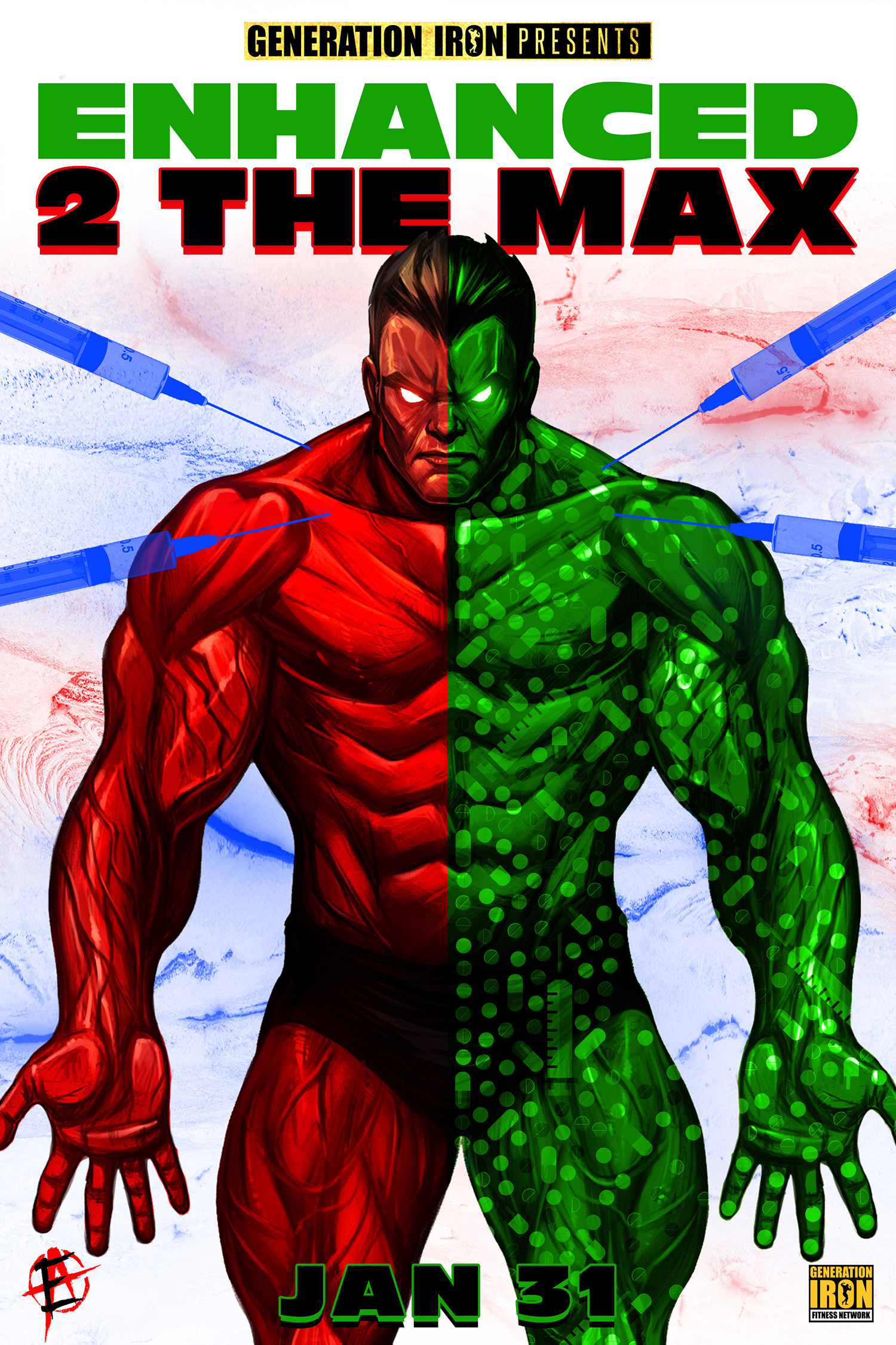 Bodybuilder and entrepreneur Anthony Hughes, also known as Dr. Tony Huge, is a man on a mission to further human evolution through performance enhancing drugs that are labeled as dangerous and illegal in the United States.

Unsatisfied with the limitations of certified studies, Tony performs underground experiments, often on himself, in an effort to change the way the world looks at steroids and other PEDs. His methods have been labeled as dangerous and criminal by the mass populous and the government.

‘Enhanced 2 The Max’ chronicles Tony’s attempt to vindicate himself and his methods as he conducts a new set of experiments on five volunteer subjects. The goal? To put on over 20 pounds.