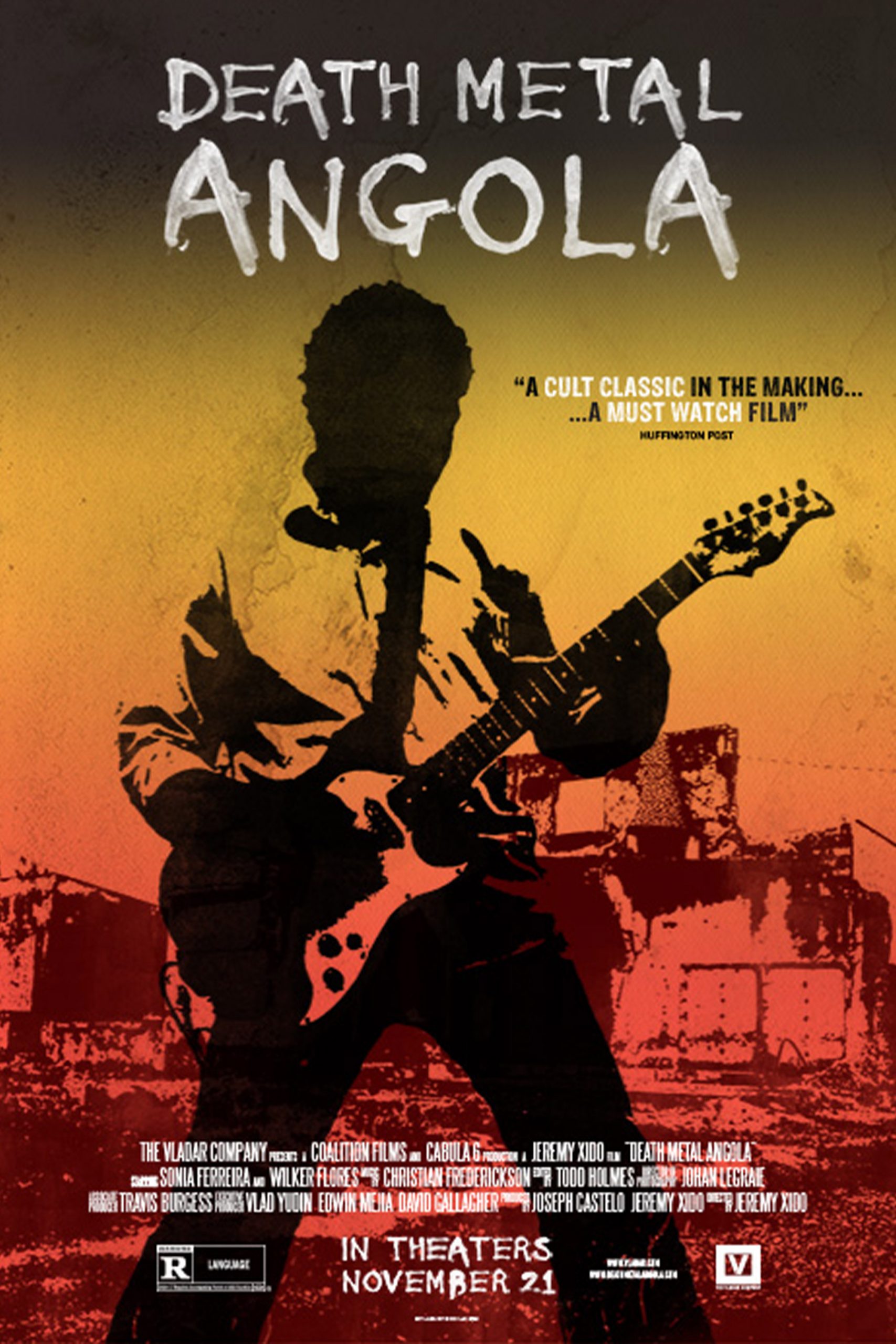 Following nearly 40 years of unrelenting war – with every attendant horror – peace and reconstruction are slowly arriving to Angola. Damaged first by the war for independence from Portugal, Angola was then ripped apart by a devastating civil war that orphaned thousands of children. Huambo, Angola’s second largest city, finds 55 of these children in the Okutiuka orphanage under the care of Sonia Ferreira. Sonia’s boyfriend, Wilker Flores, is a death metal guitarist who uses the brutal sounds and rhythms of this hardcore music as a path to healing, or, as Sonia says, “to clear out the debris from all these years of war.”

DEATH METAL ANGOLA tracks Wilker and Sonia’s dream – to stage Angola’s first-ever national rock concert, bringing together members from different strands of the Angolan hardcore scene from different provinces – as it unfolds in fits and starts against the bombed out and mined backdrop of the formerly stately Huambo. Rubble and deconstructed spaces provide scenic reminders of why hardcore music has gained a foothold.

What initially looks like a Quixotic undertaking gains momentum, aided by social media and propelled by members of the various branches of the death metal hardcore underground, who join together to stage the event. Raucous and righteous, DMA’s look at a rock show off the grid is fulfilling, haunting, and real.