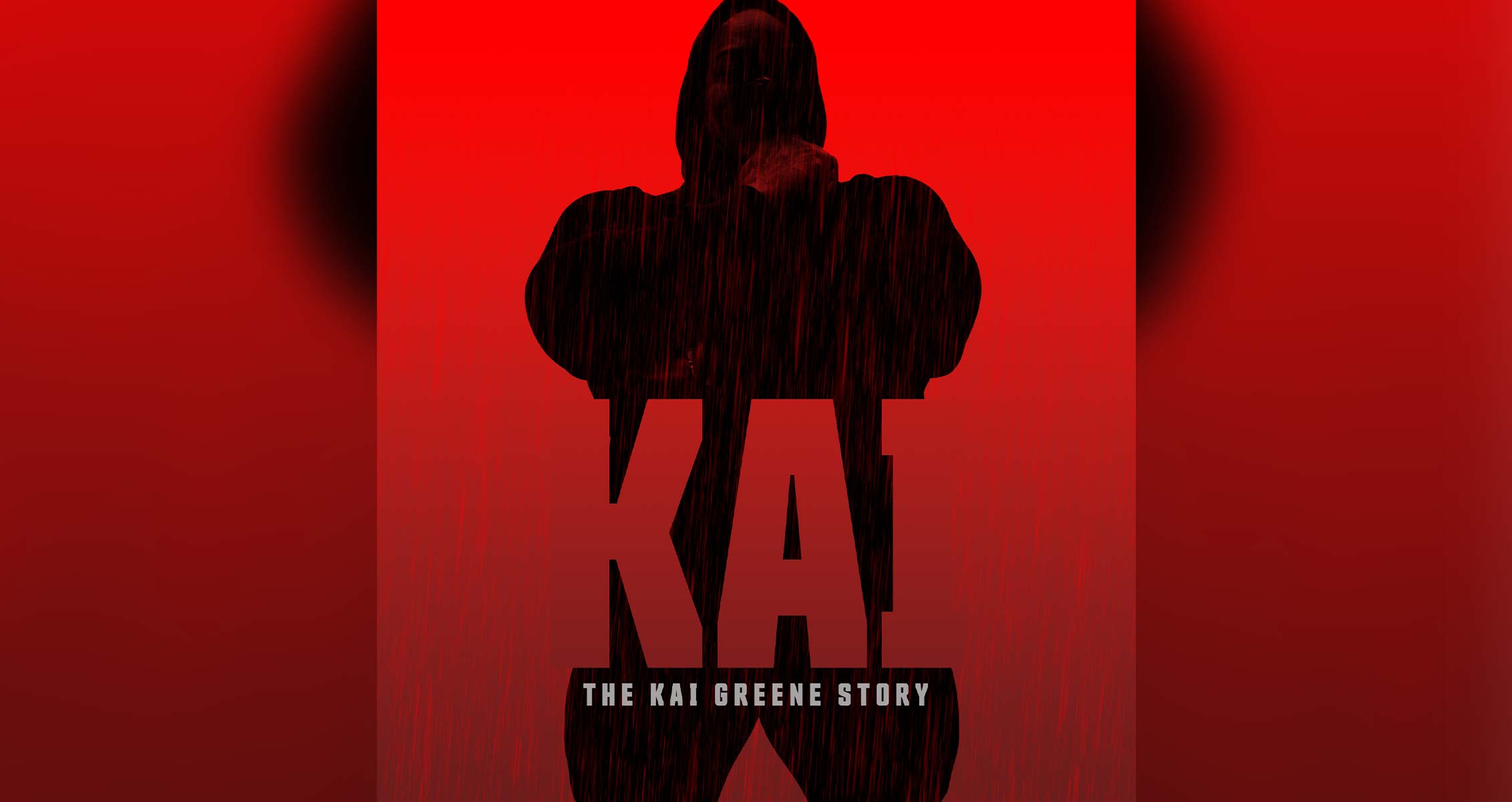 Generation Iron Network has released the official teaser poster for ‘Kai’ alongside a summer 2022 release window.

Last year, the Generation Iron Network announced production on a documentary chronicling the life story of Kai Greene – with the involvement of The Last Dance producer Matt Maxson. Now the studio has released the official teaser poster of Kai and have announced that the film will be coming soon later this summer. Notoriously known for his cryptic words and mysterious past – Kai will explore Kai Greene’s life story from childhood through his bodybuilding career and into his post-retirement life. It will be the most comprehensive and direct look into the life and mind of one of bodybuilding’s biggest modern legends.

Kai Greene is a former professional bodybuilder and one of the biggest modern day legends in the sport. Known by his nicknames ‘The Predator’ and ‘The People’s Champ’, he is decorated with multiple major bodybuilding victories including five Arnold Classic victories. Check out the official teaser poster below:

Kai chronicles Kai Greene’s life story from childhood, through bodybuilding, and onto his latest goal – to create and release a graphic novel series through a major publisher titled Chronicles of King Kai. The documentary will cover in-depth the pinnacle moments of his life and career including his rivalry with Phil Heath, his reasons for retiring from the sport, and his traumatic past.

Most notably, it will be the first ever authorized biopic about Kai Greene’s life. And it will also bring into direct focus the true facts and drama of his life. Known for his cryptic way of discussing his past – all secrets will be fully unveiled.

Emmy nominated Producer Matt Maxson’s The Last Dance starring Michael Jordan took the world by storm in 2020 – becoming one of the most talked about TV events of the year on ESPN and Netflix. He now took his producing talents to the world of bodybuilding and fitness with his involvement in the Kai documentary feature.

Matt Maxon’s other producing credits include Andre The Giant and The Circus: Inside The Greatest Political Show On Earth. Before producing, he spent five years working in production at HBO Sports where he worked on the network’s documentary series 24/7 which garnered 18 Emmy Awards.

The Last Dance received critical acclaim, with praise for its directing and editing. It won the Primetime Emmy Award for Outstanding Documentary or Nonfiction Series at the 72nd Primetime Emmy Awards. On review aggregator Rotten Tomatoes, the series holds an approval rating of 96% based on 53 reviews. The documentary series provided the most in-depth look at Michael Jordan’s career with the Chicago Bulls where he played alongside other legendary players such as Scottie Pippen, Dennis Rodman, and coach Phil Jackson.

While an exact release date has not been announced. It has been confirmed by the Generation Iron Network that the film is completed and “coming soon” – set to release later this summer.